The first settlement situated south of Rožňava is the historically significant village of Brzotín, former centre of a domain. The main landmark of the village is a Romanesque-Gothic reformed Church, whose foundations were already built around the second quarter of the 13th century. It is located on a slight mound in the middle of the village in a fortified area surrounded by a wall with embrasure and buttress. The church was originally dadicated to the Virgin Mary. The former Romanesque edifice was built of bricks, similar to the rotunda in the nearby village of Šivetice. The first written reference about the church appears around the year 1330, when it can be found in the papal tithes. The first tranformation was accomplished in the middle of the 14th century, when the nave of the church was expanded and the original chancel was replaced by the current, quadratic one. Further adjustments were made in 1420 and at the end of the 15th century. From the end of the 16th century on, the church is used by the reformed believers. The building underwent baroque adaptation in 1723, when the northern nave was built, and again, after the fire, in 1790. During the repairs, the walls were aggrandized, the area of the main nave was vaulted, the windows were enlarged and the whole building was reinforced with a buttress. At the same time, the bellfounder from Lučenec, B. Stephanides, casted the bells. The renovation of the tower and its superstructure was carried out in 1804 and led by builder J. Iserle. In the following years, minor adjustments were made. In 1806, a small arcade hallway was built to the northern entrance of the church. In 1830, the entrance to the crypt of the Hamoš family was added on the east side of the chancel and, in 1857, the church acquired new bells, casted from the old ones by a bellfounder from Lučenec, J. Heidenberger. The church was renovated in 1888 by a master builder from Rožňava, F. Szilvássy. Since 2004, a successive research and renewal is taking place.

The church is a double-nave building with a rectangular ending of the chancel and a side tower. The former chancel is vaulted by a rib vault from the mid-14th century, whose keystone is decorated with a pentagram. The nave of the church has so-called Prussian vaults from the late baroque period, the side nave has groin vaults from 1723. During the archaeological research in 2004, Romanesque slot windows were discovered on the south side of the wall and near the entrance to the sacristy, and the gothic windows of the chancel and tower. A Gothic window with a tracery finishes the former chancel; in its arch, a medieval geometric painting has been preserved.

The late baroque interior reflects the typical austerity of the reformed church. Neither God nor any Biblical characters are portrayed. The emphasis is on the proclamation of the word of God, so the interior is dominated by a centrally placed communion table, above which we find the pulpit. An altar is not to be found here. Similarly, the area of the original sanctuary is not accentuated. The baroque pulpit with the motif of the Decalogue dates back to the second half of the 18th century. On the abat-voix decorated with volutes, we can find the coat of arms of Mariáši family, which was the donor of the church. A typical element of reformed churches is the so-called Moses‘ bench, located near the pulpit and reserved for the pastor. Placed on the opposite side is a baroque patrons‘ bench intended for important representatives of the municipality. The western side of the nave is closed by a matroneum with a neo-Renaissance organ. The church possesses a Renaissance-baroque chalice from 1631. In the interior of the church complex, there is also the Mariáši family mausoleum.

In Brzotín, we can find many other monuments, such as a neoclassical Catholic St. Anne‘s Church or Mariáši mansion. We chosed the motif of the Mariáši coat of arms as the logo of the church. 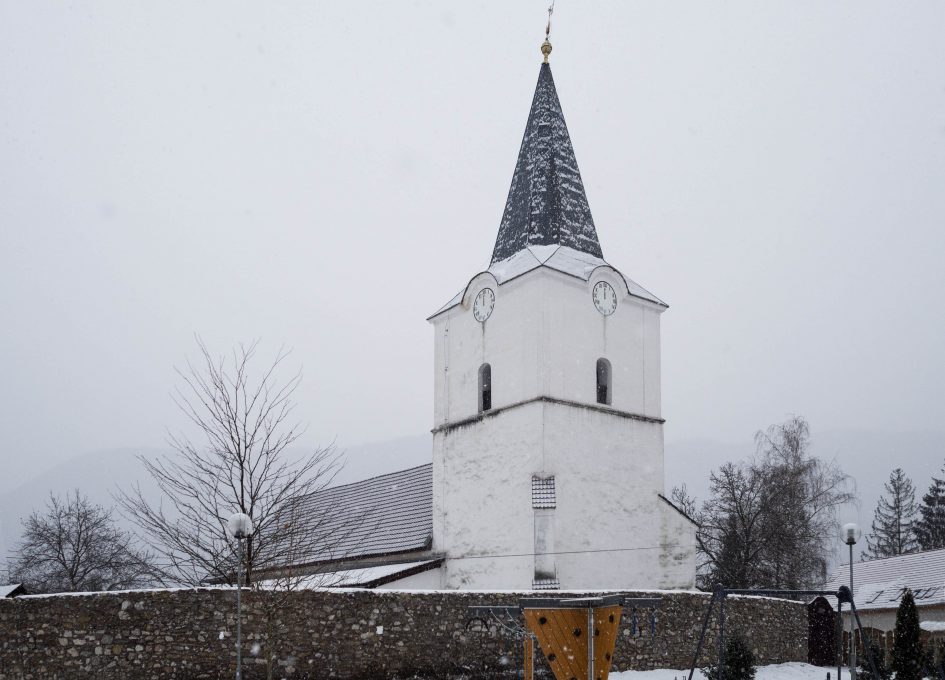 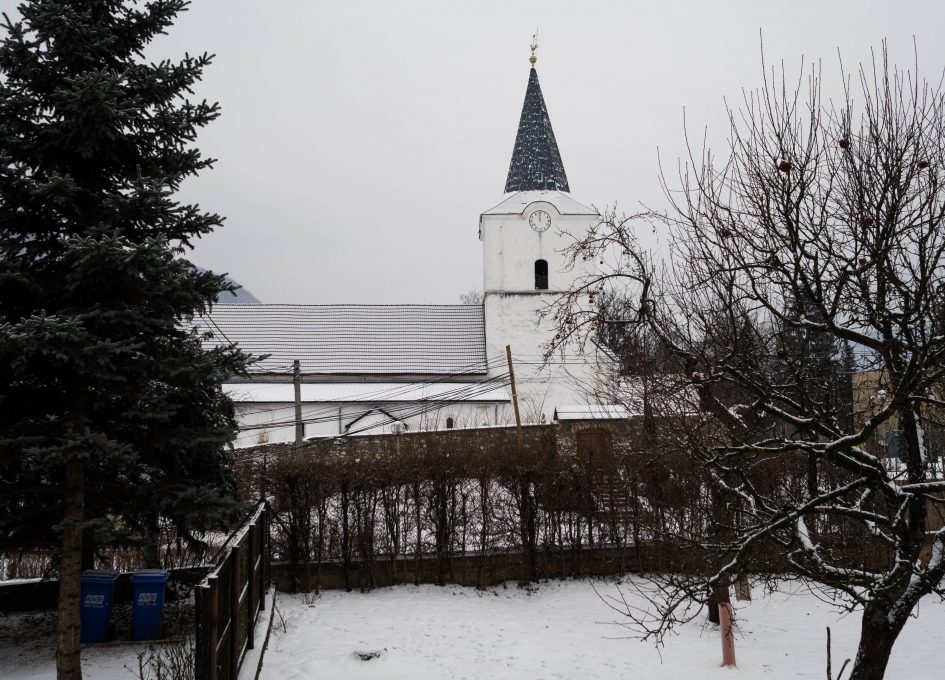 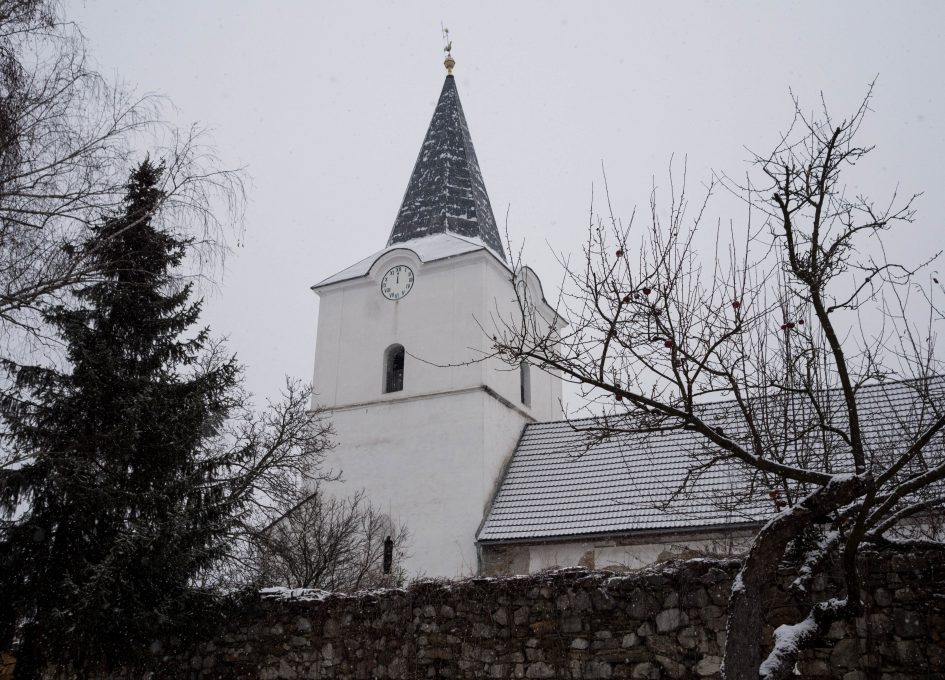 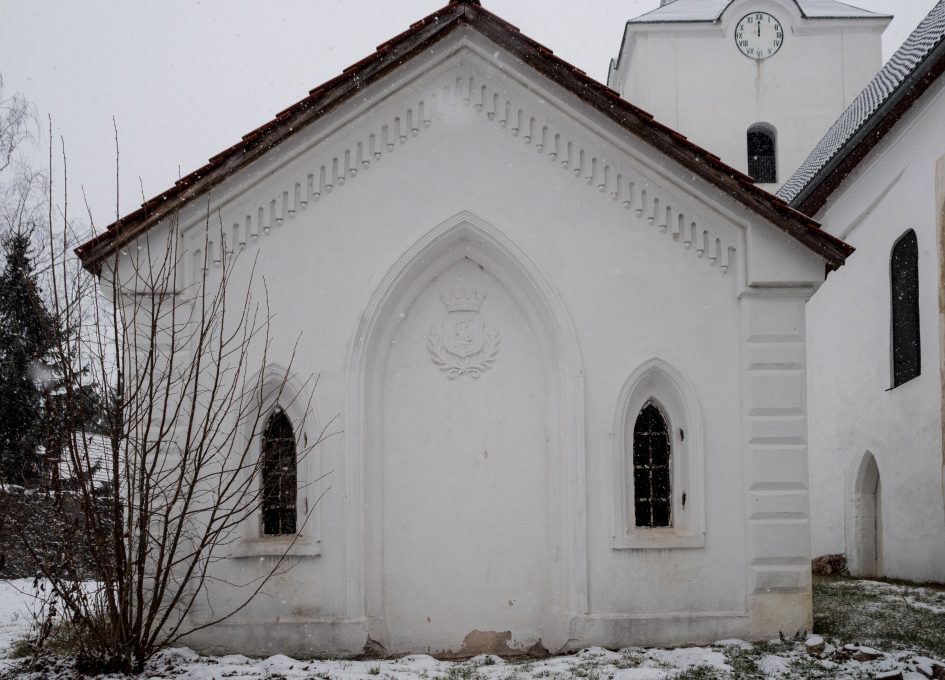 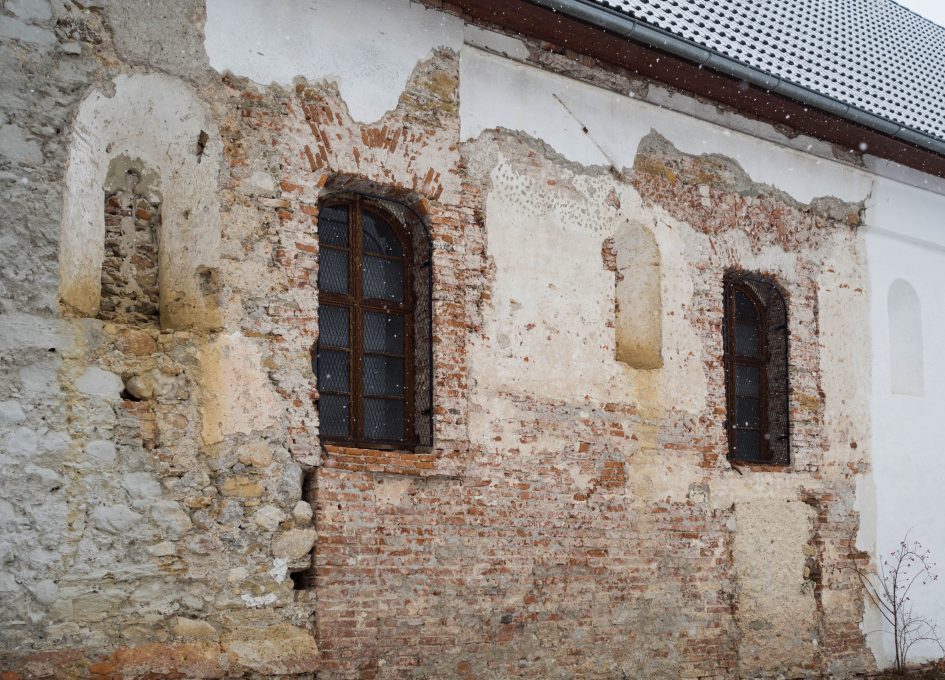 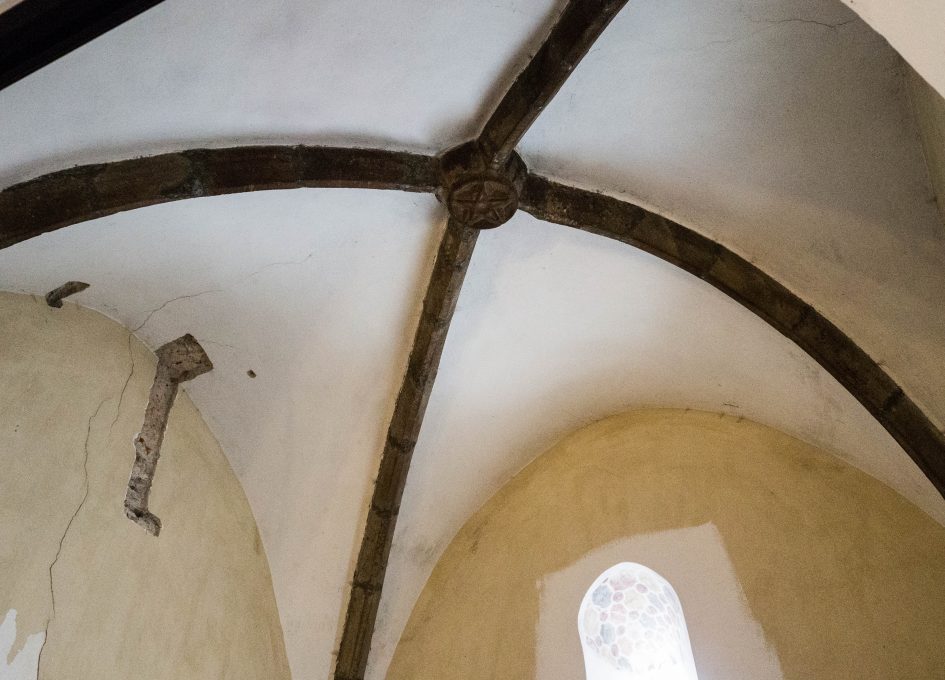 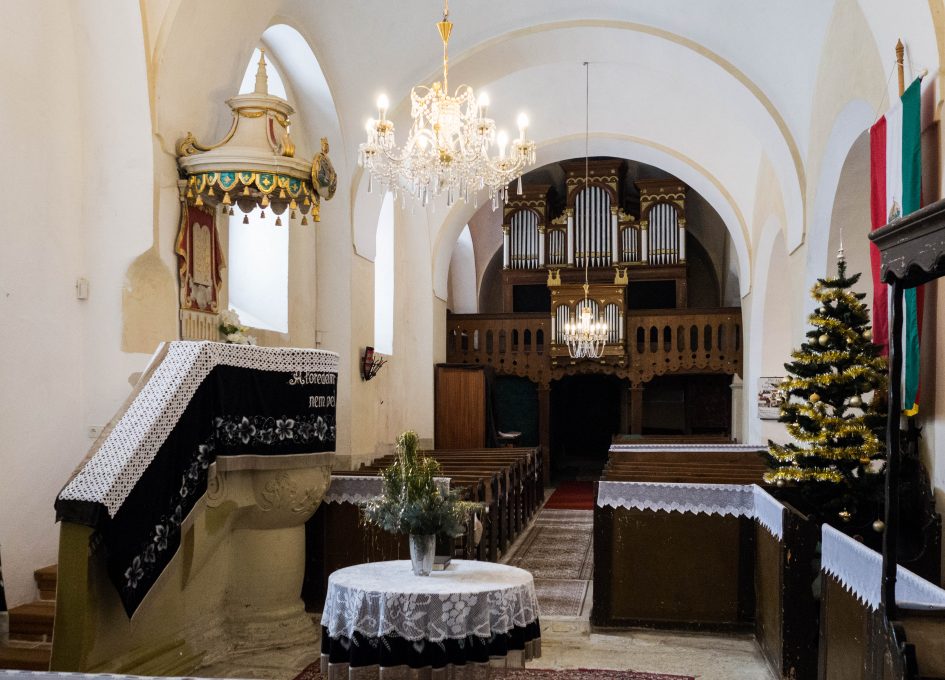 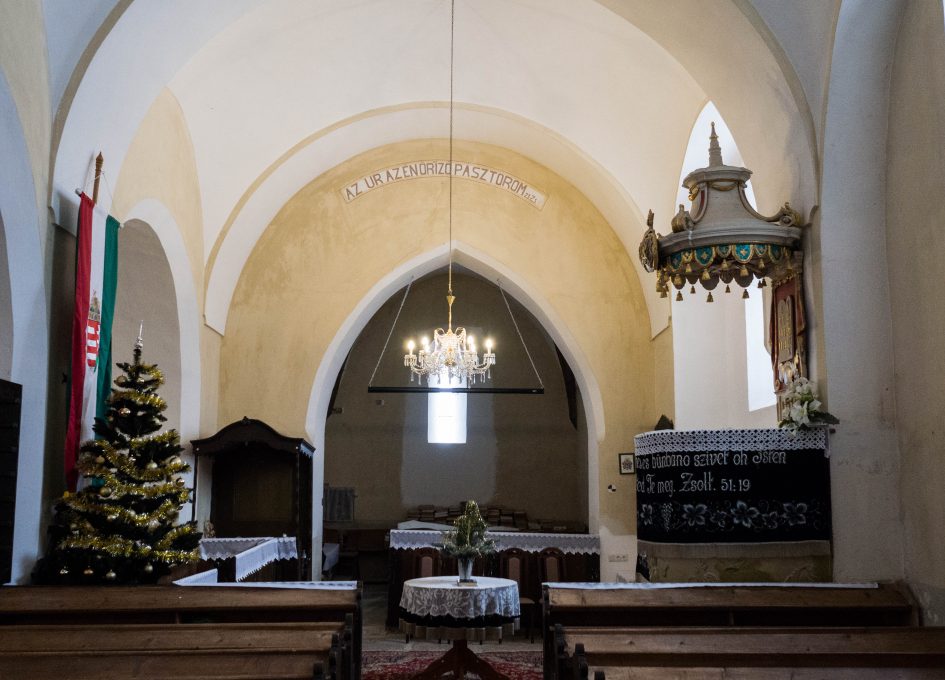 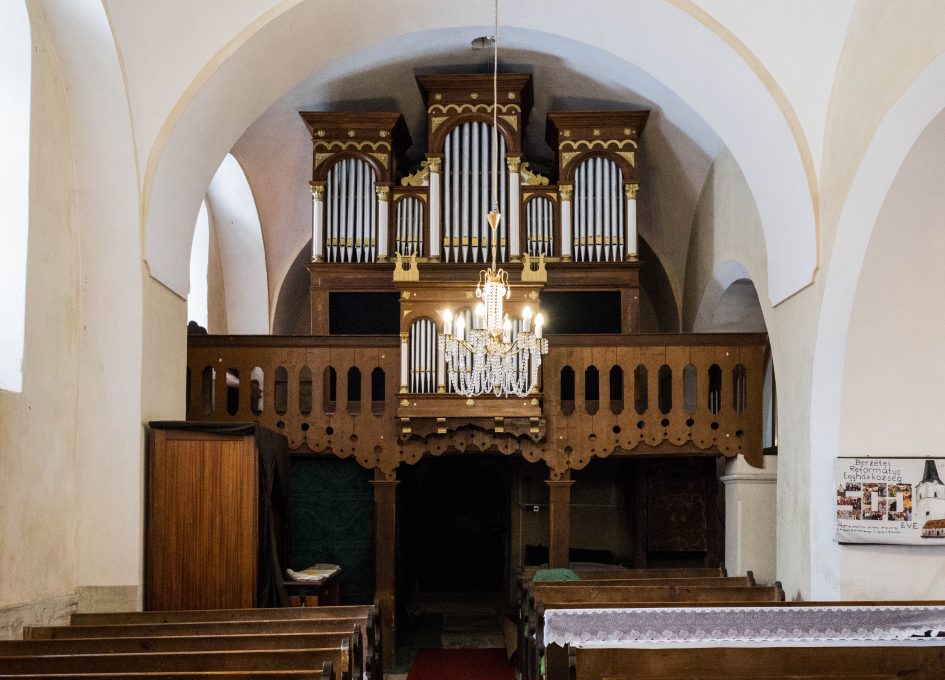 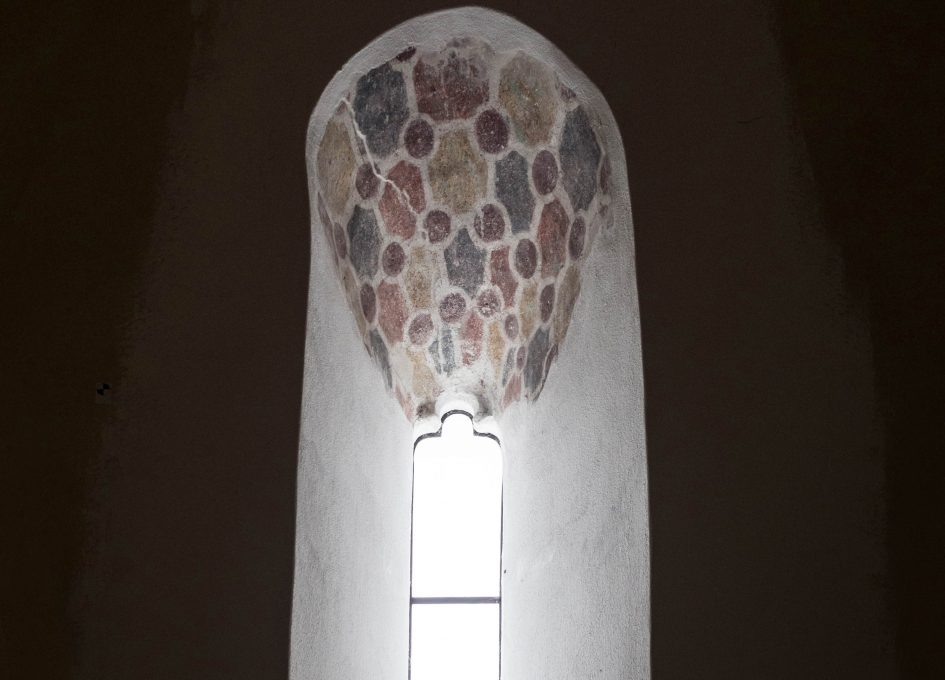 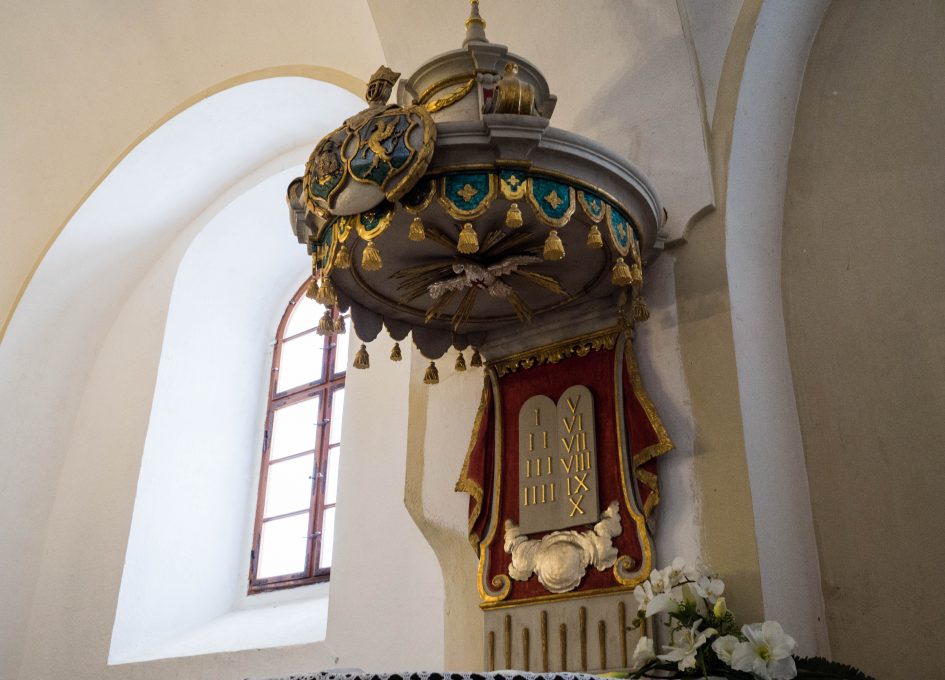 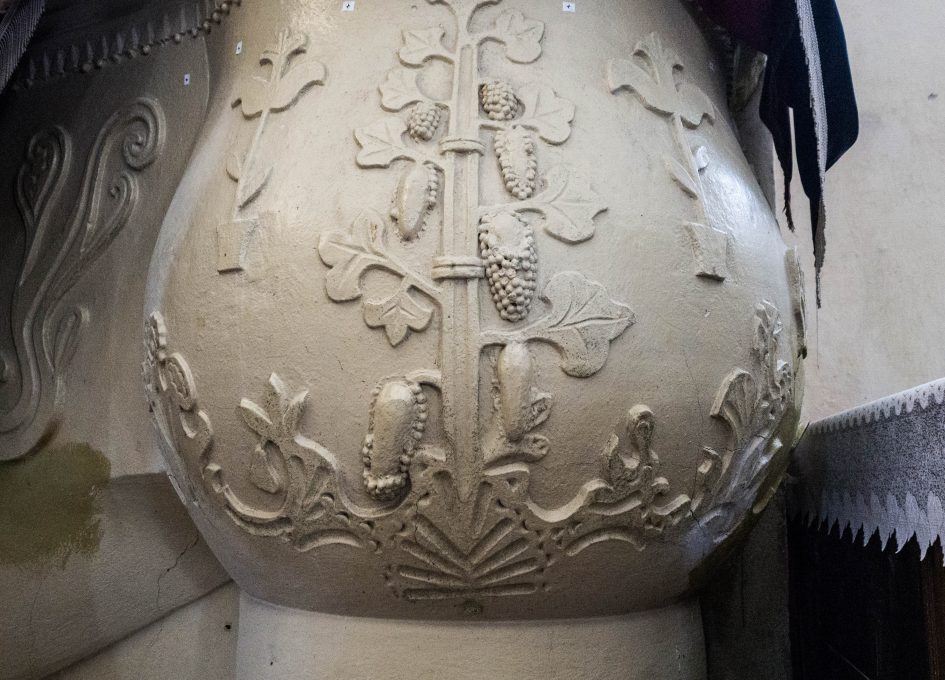